History of ONE and how to track ONE shipping containers In this post, we will describe the history of ONE and how to track ONE shipping containers

History of ONE - Shipping Market Background in the 2000s

Why did three companies that had been rivals join forces? According to the official website, the company explains that competition in the container liner business has intensified globally since the collapse of Lehman Brothers, and with the introduction of super-large container vessels capable of carrying approximately 20,000 containers, it was necessary to ensure competitiveness through economies of scale. To learn more about this part of the story, three prerequisites are required, which we will briefly explain. 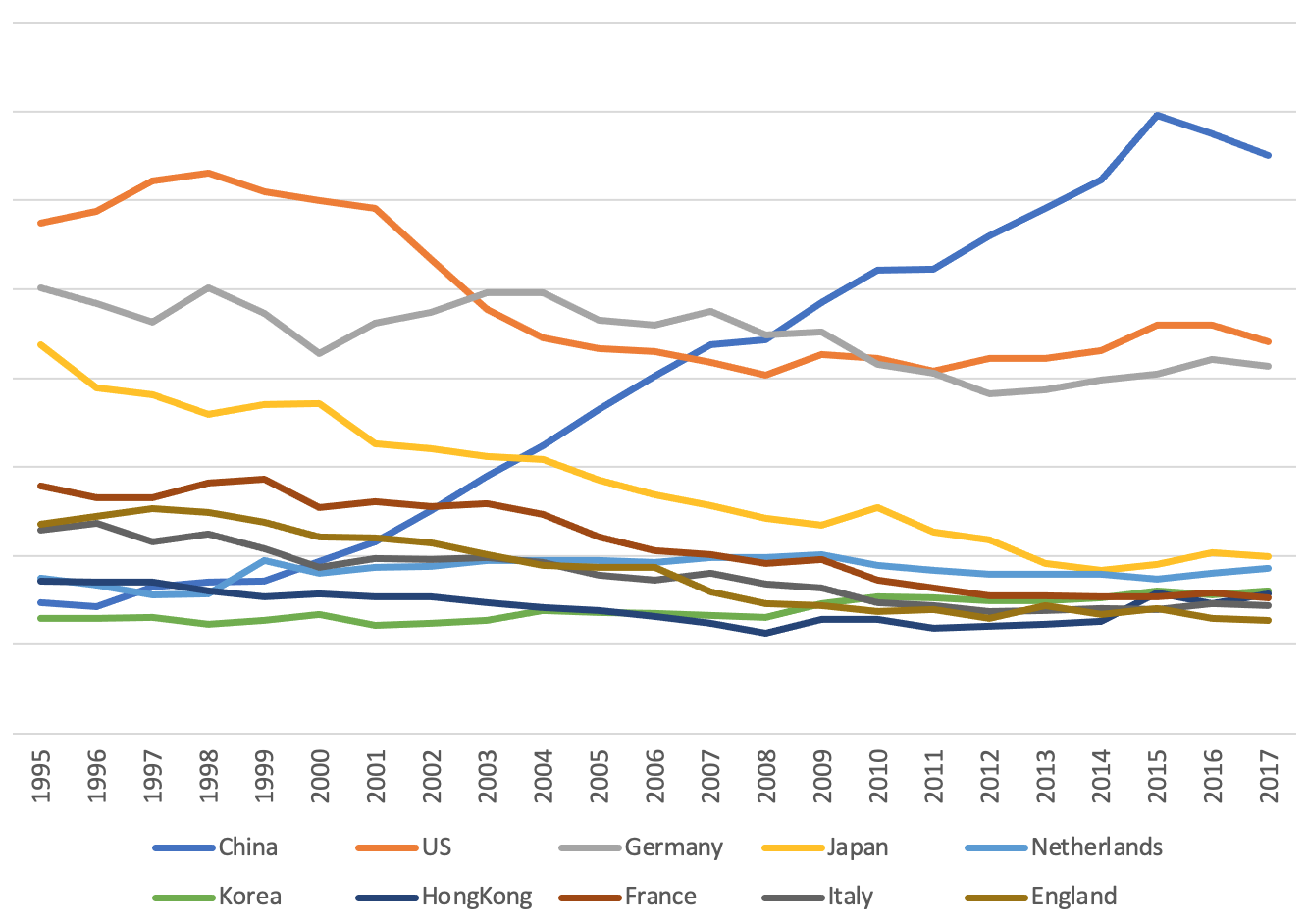 Source：Ministry of Economy, Trade and Industry data prepared by the author

The figure below shows Japan's global containerized cargo volume, which has also been growing steadily since the 2000s. The increase in demand and the global economic boom led to an increase in shipping rates and orders for new vessels. After the rush of ship orders, the Lehman Brothers collapse occurred in 2008. The figure below also shows a decline from 2008 to 2009, which is due to the global recession caused by the Lehman Shock. 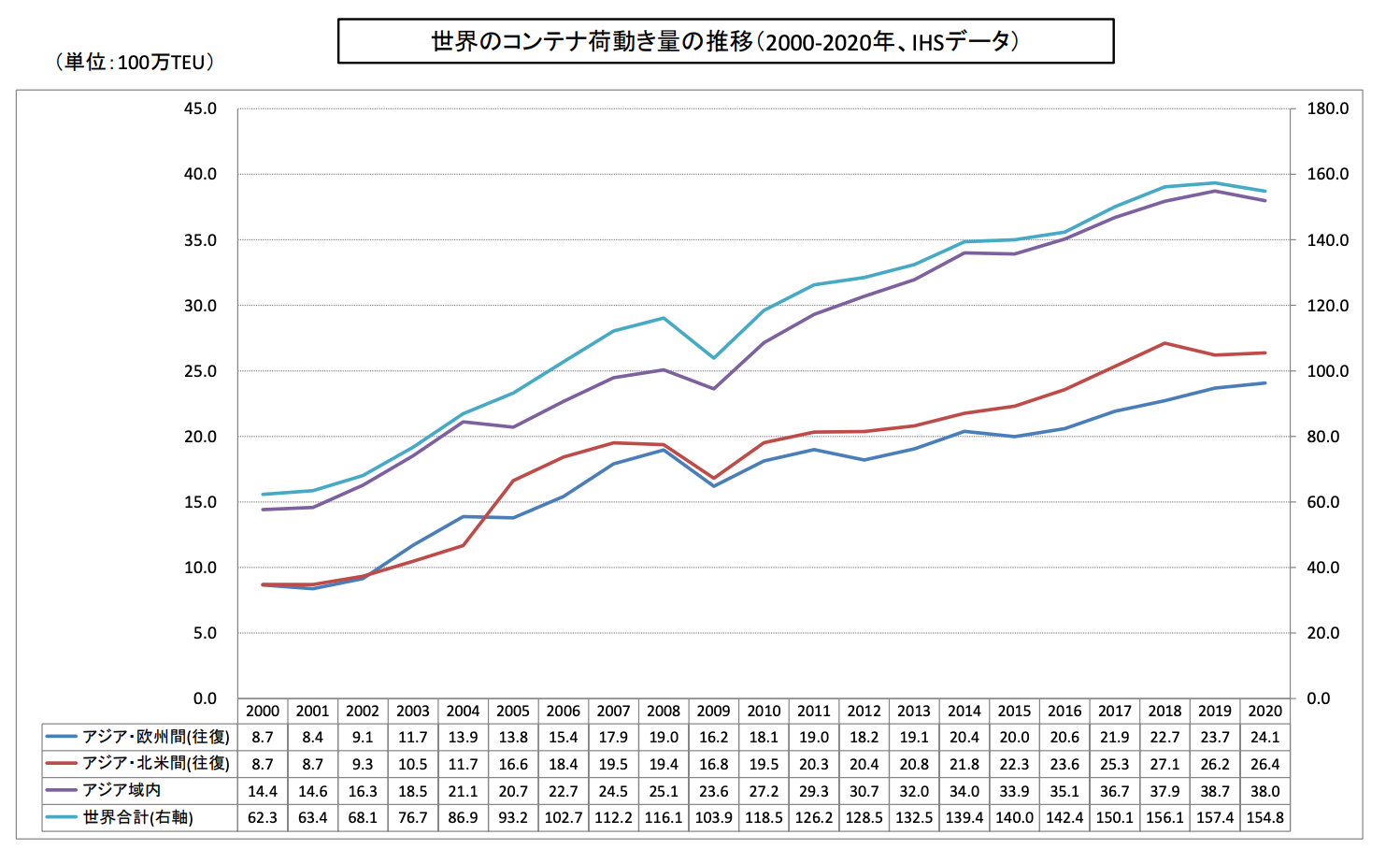 The impact of this is reflected in the financial reports of each of the three Japanese carriers: until 2008, each company had increased sales, and even if they struggled in the containership business, they were able to absorb the losses with profits from the bulk shipping business. However, after the collapse of Lehman Brothers, the container business, which is difficult even for a company to make a profit, continued to lose a large amount of money. The following is an excerpt from each company's financial data for the fiscal year ended March 31, 2009, which shows that the liner trade (container business) is conspicuously in the red. 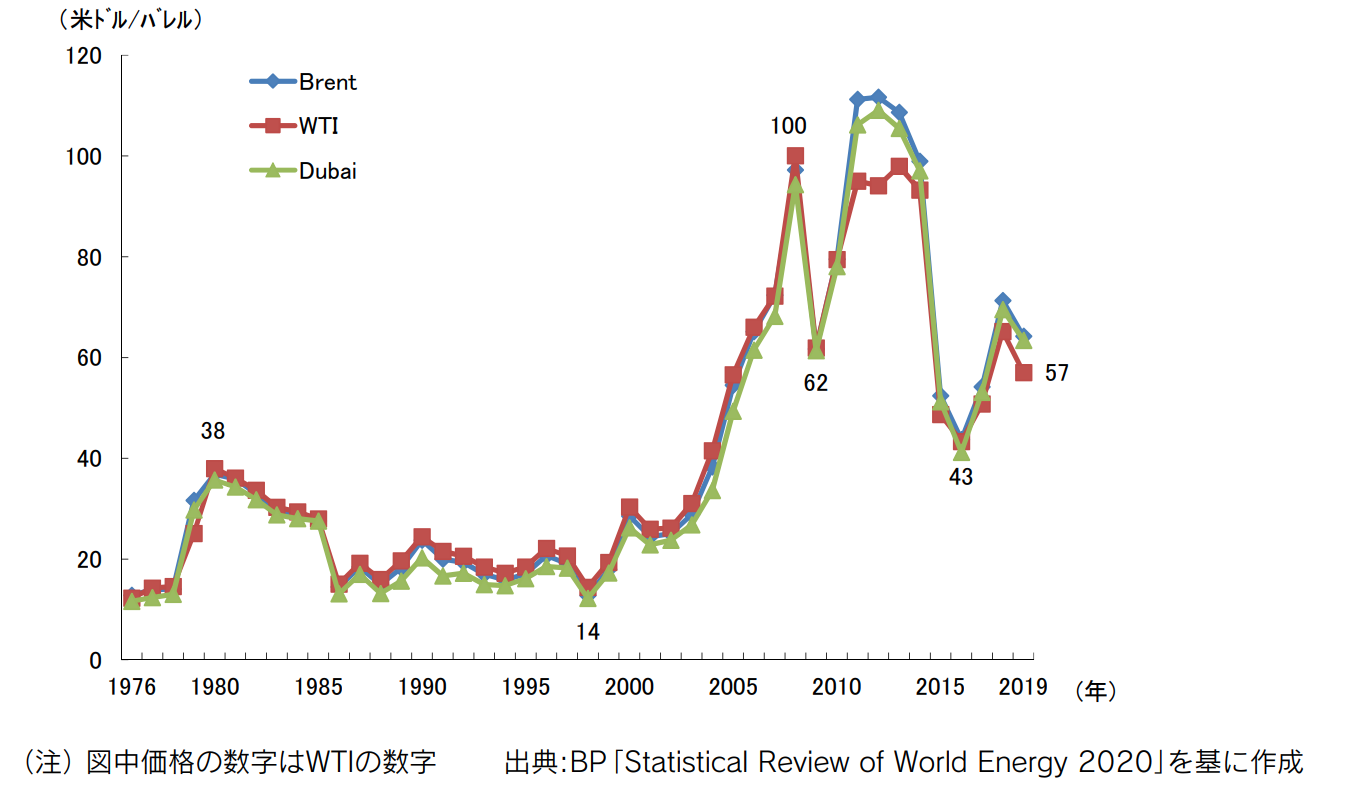 Source：Ministry of Economy, Trade and Industry Annual Report on Energy in FY2020

In the containership business, it is a business model in which economies of scale work very well because it is most economical to operate at low speeds while reducing fuel consumption by increasing the loading ratio to as full as possible with ultra-large containers that can carry approximately 20,000 containers.

Despite this, the number of new orders for container vessels increased during the shipping bubble in the 2000s. The number of container vessels became extremely large. Then, after the collapse of Lehman Brothers, cargo movements declined. The containership business was driven by an oversupply of shipping capacity. If the containership business, which is difficult to turn a profit even just by itself, becomes oversupplied...? 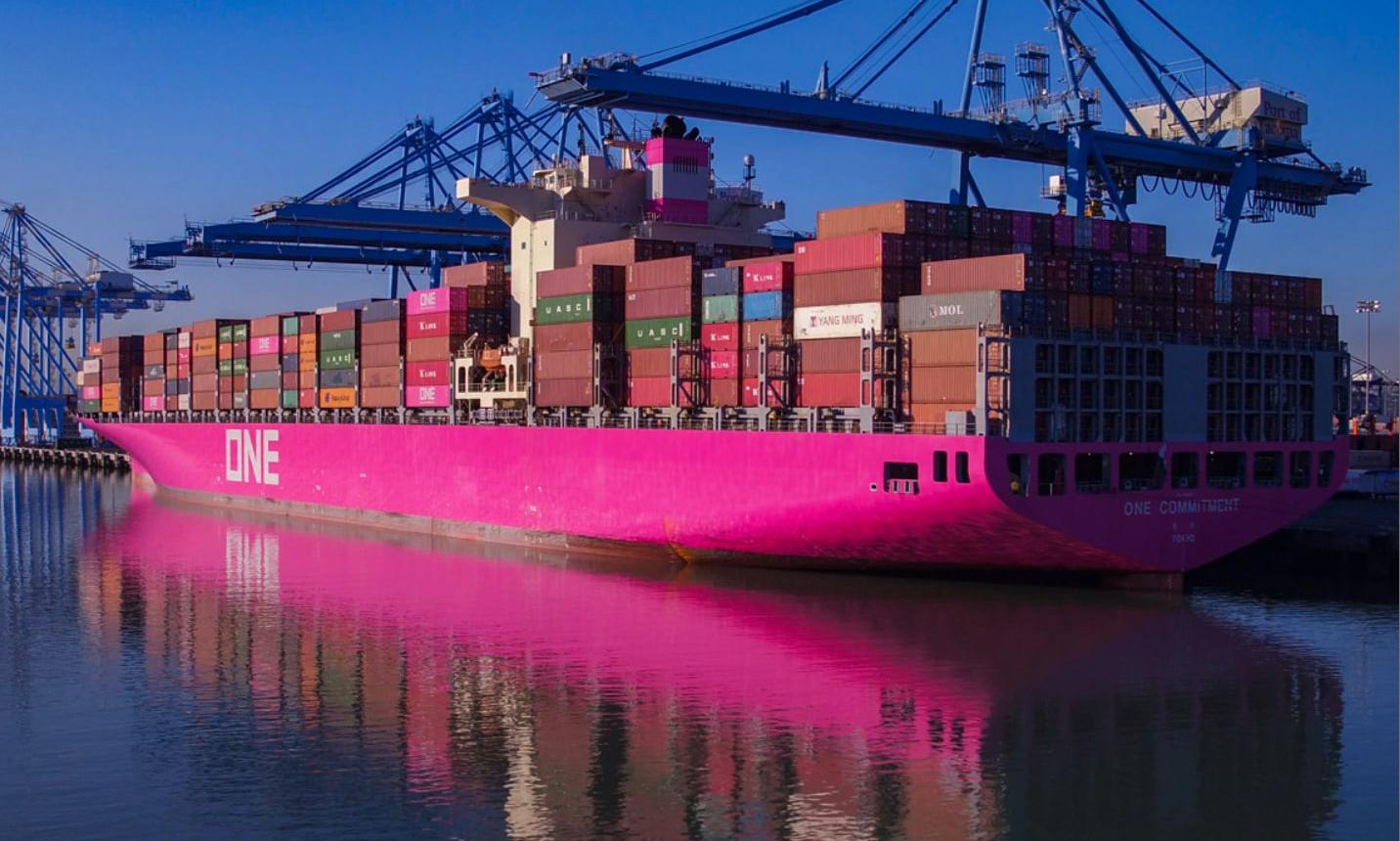 *All above and referenced sites are current as of 6/7/2022 viewing.

ONE can be searched on the site by container number, B/L number, booking number, P/O number, or all.

However, even if you only deal with one carrier, it is time-consuming to check each time to see if the container schedule has changed. Also, you may be asked by other related departments if there has been a change in the ETA schedule. If you are using more than one shipping company, it is even more complicated to manage.

With MonCargo, you will receive email notifications when there is a change in the schedule so you don't miss it. Also, if there are other people in your company tracking the same container, you can share container information with your team, eliminating the need to share information via email or chat.

Want to start tracking containers with MonCargo? Simply sign up with your email address and try it for free for 30 days.

Tracking containers just got easier. Sign up for MonCargo from here